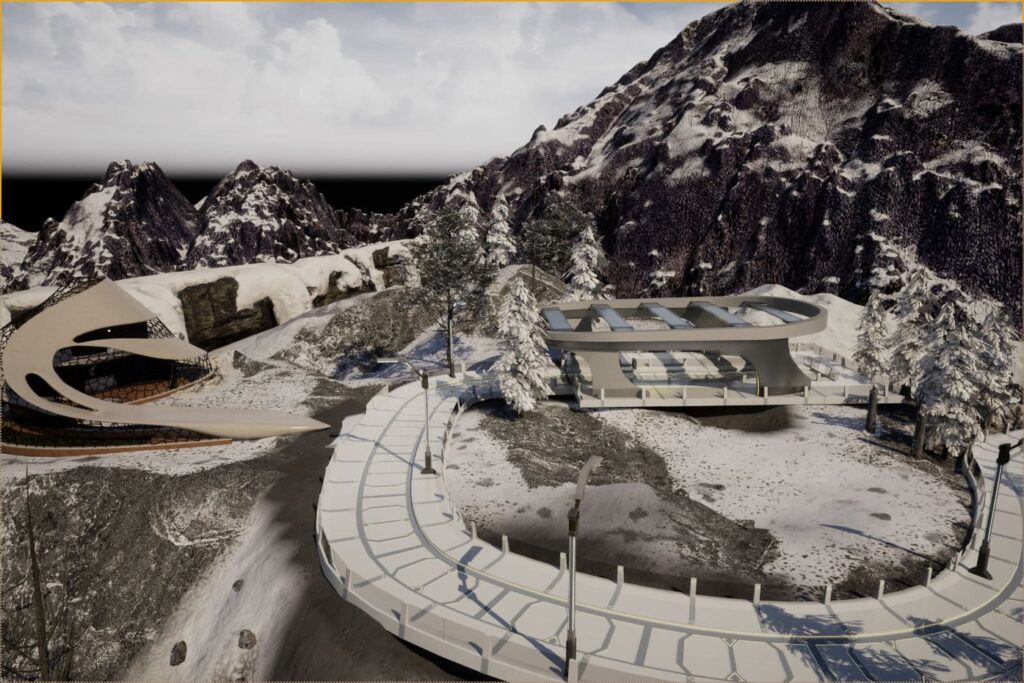 The microverse: a look at Landian in 25 minutes

Before phase 1 of Landian is completed, the community will get a small glimpse of what this project is all about. Thanks to the deep work of the Art and Development team, Landian is the first metaverse to offer a complete experience of its ecosystem in a short 25-minute tour through its microverse.

In the microverse, which will be traversed by car on the main road, users will have a character and six houses to explore in a different biome. The houses must be explored in order to advance in the tour and finish it.

Among the inspirations for creating the microverse, the teams conducted in-depth research into architectural movements and avant-gardes, styles, colors, and shapes that could help create a visual identity for the microverse and Landian. Organic forms prevail in the design and architecture of the buildings; deconstructivism and neo-futurism stand out through their pure and functional geometries.

The microverse has a connection to the forms of nature, not only from a spatial and design point of view but also because of the presence of the six Landian biomes throughout the tour.

In addition to the graphic identity of the microverse, another essential functional aspect of its construction was its programming. The development team received all the deliverables from Arte, which included the setting, the circuit, and the route, then came the implementation process and functionalities.

The development team worked on the driving system, character selection, light on/off design, sound ambiance, opening doors to enter houses, and on-screen notifications that will indicate when moving from one biome to another. This microverse serves as a testing ground for Landian that will include advances and revisions as the project progresses.

The creation of the microverse has been a months-long project between the Art and Development teams in which Unreal Engine was the primary tool used to help create experiences that move us beyond the screen.

Do you already want to explore the Landian microverse? Let us know what you think about this proposal for the community.

PrevPreviousHow do we encourage the adoption of the metaverse? Landian helps make Web3 available to everyone
NextWe tell you about the architects’ work at Landian and how they design the metaverseNext